The highest point of Montenegro, the Zla Kolata, is situated in the remote east corner of the country, close to the Albanian border. The summit is part of the Prokletije, or also ‘The accursed Mountains’, a wild and rough mountain range with little visitors. However, the Montenegrin government does not acknowledge the Zla Kolata as its highest peak but prefers the popular Bobotov Kuk (2523m) in Durmitor National Park. As we prefer the definition of ‘highest’, this article focuses on the Zla Kolata.

It is possible to reach the top of the Zla Kolata and return in one day from Vusanje. Prepare for an adventurous day of route finding, a strenuous ascent, high temperatures and rough terrain. 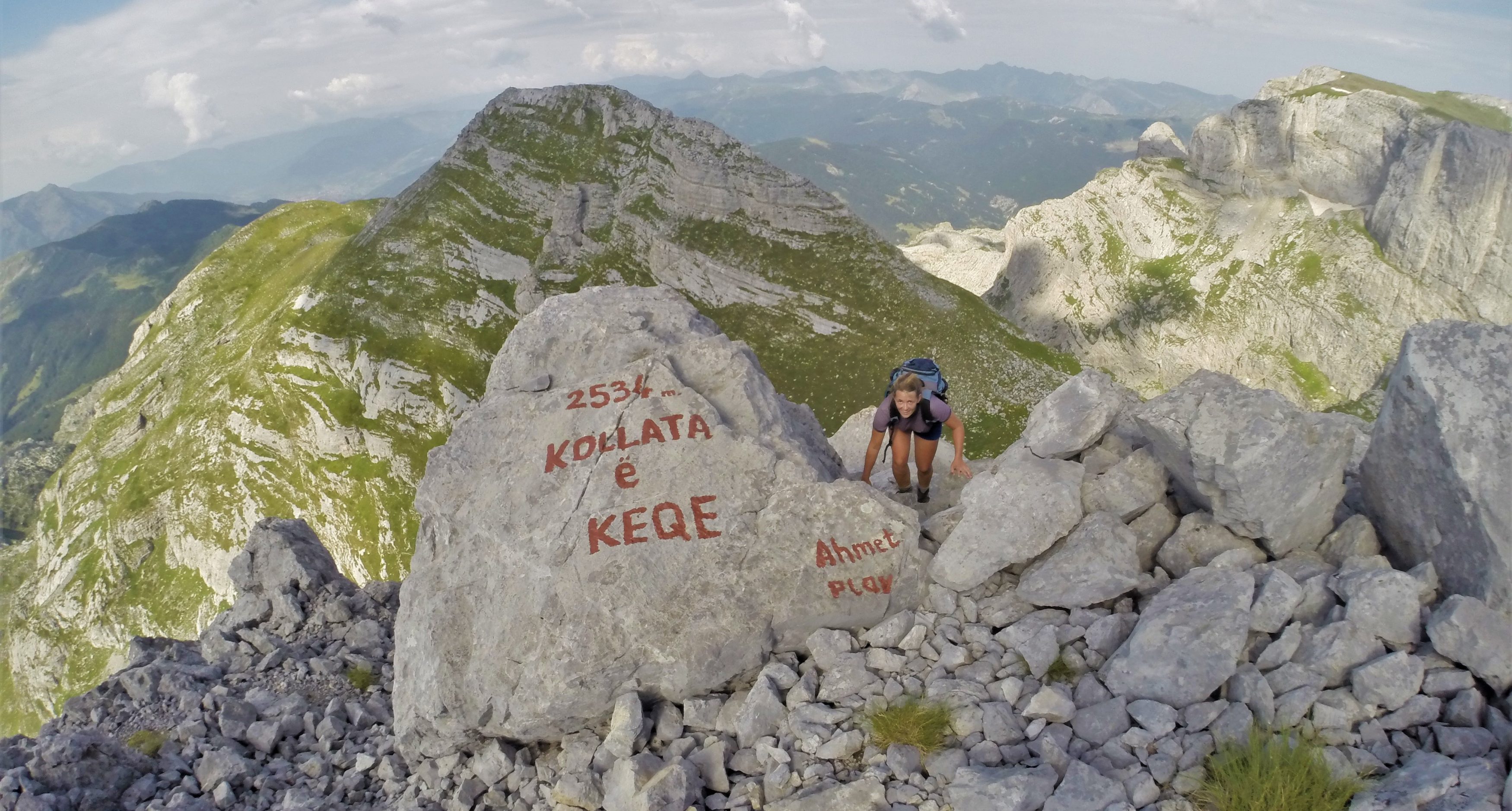 Vusanje is a small mountain village near Gusinje, situated southwest of Plav. A small and bumpy but drivable road leads you here from Plav. It is possible to park your car at the ‘Alpina Guesthouse’ which also happens to be located at the start of the route.

In contrast to the French and Swiss Alps or even Montenegro’s Durmitor National Park, the route to the Zla Kolata is not well marked. Often you will pass a crossing of paths without noticing and be forced to retrace your own steps. However, pay good attention to the stone pyramids/cairns who were built along the route by other hikers. They will guide you. Also, even in high season its likely that you will be alone on the route. This makes this ascent a great adventure but be aware that you can only rely on your own skills.

The start of the route is part of the ‘Peaks of the Balkans’-trail. A small road, heading to the hamlet Zarunica, leads you into the mountains, where in a turn, a steep and small hiking trail starts. The start of the trail is marked by a big stone cairn. The path rises firmly through pastures and past a shepherd’s hut. After some more climbing the route splits from the ‘Peaks of the Balkans’-trail through a small riverbed. From here on, the marks will be harder to find. The path is partly overgrown, and scrambles are no exception. This rougher terrain leads eventually to an open pasture where a signpost states ‘Zla Kolata 3h30’. 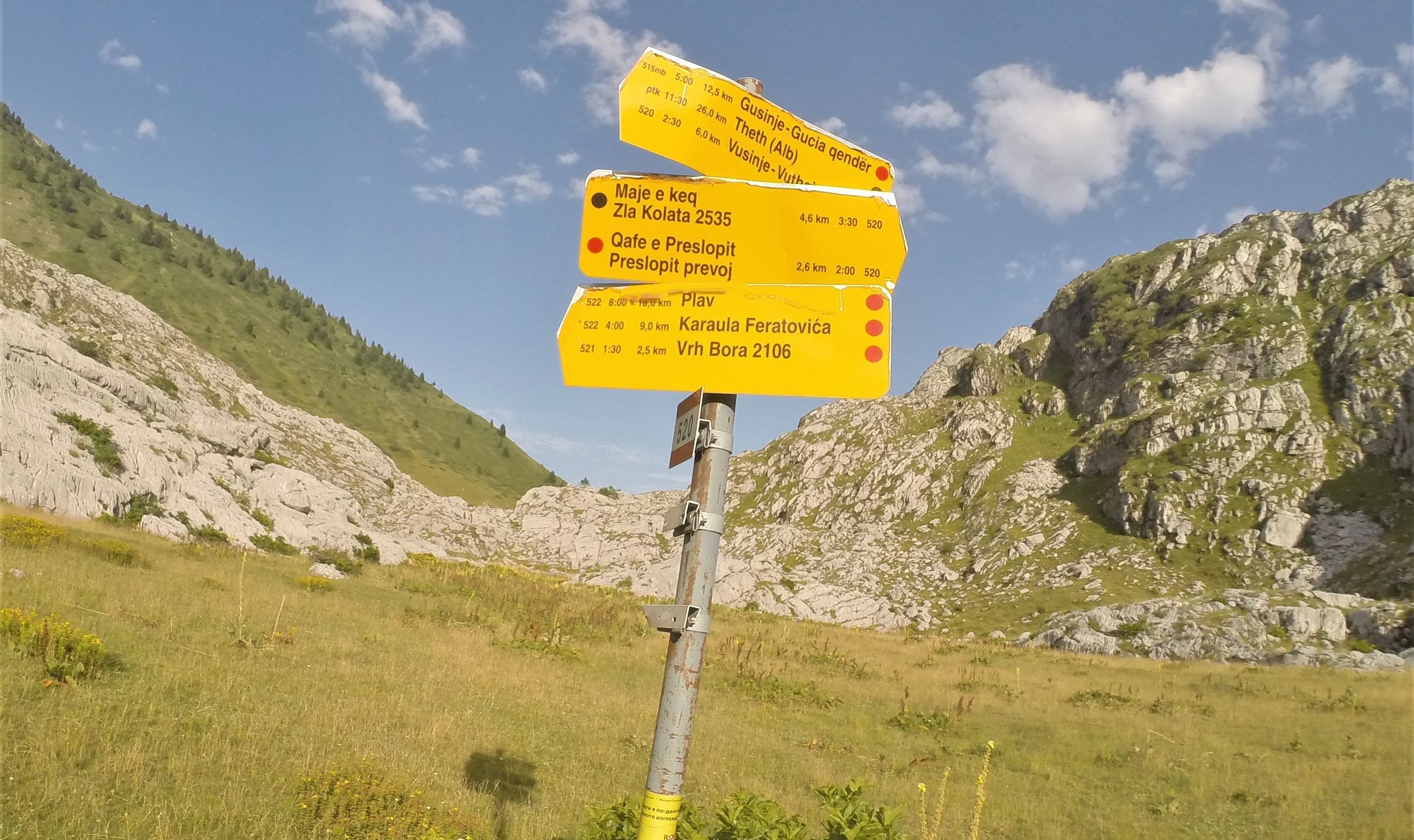 From here the route is better marked again and goes over rocky terrain. Halfway from the pasture to the mountain pass, Preslopi (2039m), streams of cold air signal the entrance of a small ice cave. The ice-cold air in the cave is a welcome refreshment as temperatures outside are exceeding 30 degrees. However, pay attention inside the cave as there is a big hole in the floor. East from the mountain pass, search for cairns and some marks leading further to the top.

The path rises quickly above some snow fields leading to a second mountain pass. This is the end of the ‘marked’ route. The summit lays some 150 meters higher. The southeast flank, which is covered with grass and is less steep, brings you just under the stony top where you will have to scramble your way up to the summit. The summit is more than rewarding with stunning views on the Albanian peaks that surround you. Retrace your own steps on the way down to Vusanje. Enjoy! 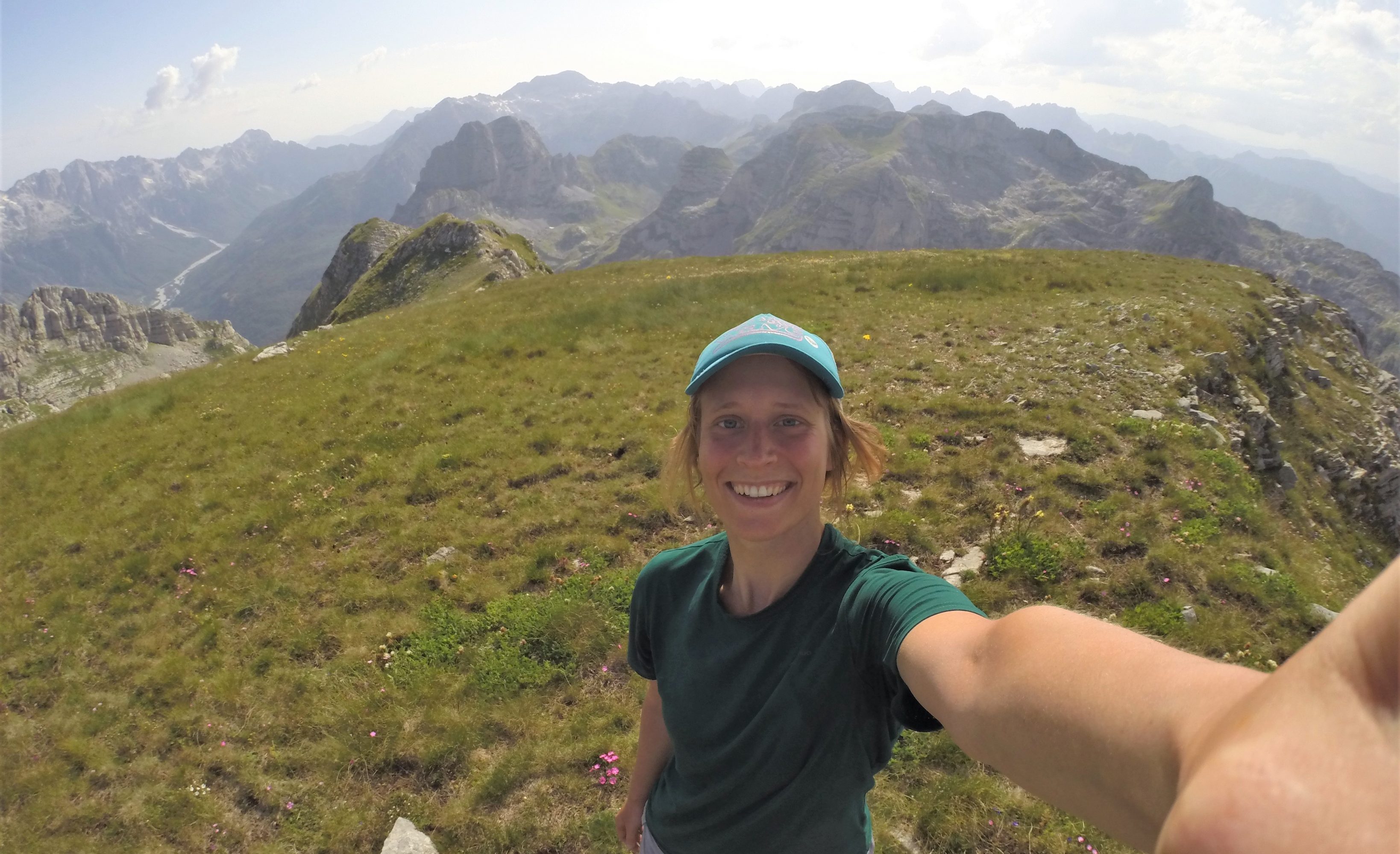 A GPX-track is available on Wikiloc. Note that this track goes a bit further then the Zla Kolata, crossing the Montenegrin-Albanian border, to the Rodi e Kolates.

This site uses Akismet to reduce spam. Learn how your comment data is processed.